According to the results of the forecasts of IRI, NOAA and other international institutions   specialized in climate study: this summer, on the North hemisphere, and winter, in the South hemisphere, in 2015 the climate event El Niño on its Extreme condition, would cause significant changes in rainfall and temperature patterns in the American Continent. Now it’s time to count affectations in order to assimilate past events and to apply the acquired knowledge so as to benefit the crop insurance.

El Niño 2015 left a trail of destruction with extreme climate events that affected different farming regions of the Americas with significant economic damages for the countries. According to NOAA report of the second week of November, 2015 the value of anomalies of superficial waters in the Tropical Pacific in the El Niño 3.4 was 2.8 °C, being a similar anomaly to the maximum value of the year 1997 (last Extreme Niño).

Taking into consideration previous events of Extreme Niño and aiming at obtaining the most probable climate tendency for the winter months in the North hemisphere and spring-summer in the South hemisphere, it is possible to anticipate that there will be adverse climate months, which could adversely affect the farming sector throughout the Continent.

In relation to that, crop insurance will need to consider this change in the normal patterns of rainfall and temperature as regards the risk of insurance programs in the different farming regions of the Continent, taking into account that each geographic region has its own sensibility to the phenomenon.

The South Oscillation El Niño (ENSO), which regulates, to a large extend, the climate of the American Continent (Fig. 1) stopped in its warm phase in the past months of 2015. Due to the geographic extension that warm waters of Pacific Ocean have achieved, El Niño will persist for at least during the first semester of 2016 and it could affect the rainfall and temperature patterns of the American Continent.

Based on the current anomaly of superficial water temperature of the Tropical Pacific and in relation to the records for Extreme Niños, El Niño 2015 is the fourth Extreme Niño from 1960 up to date (Fig. 2).

Taking into account the huge extension of warm water, it will take time for the Pacific Ocean to cool down and establish its next ENSO phase: Neutral or La Niña. Some climate models are forecasting that the Neutral phase of ENSO may appear on summer 2016, but others forecast its appearance on autumn 2016, in the case of North hemisphere or in spring in the South Hemisphere (Chart 1).

Although at the end of 2015 rain has returned to different regions of the American Continent such as Central America, there is still a substantial deficit of rainfall as it can be seemed in the most part of United States, North of Mexico, a big part of Brazil, North of Argentina and parts of Peru and Colombia. All this is happening in spite of the intense rainfall in the Northeast of Mexico and South of Brazil. Nowadays, many prominent agricultural regions are going through a severe water drought since soils have not been able to reestablish their levels of optimal humidity (Fig. 3). 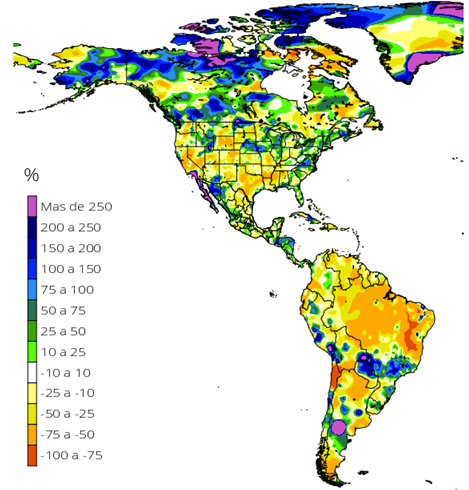 With regard to the cyclonic activity of the Continent, it has been significantly impaired, having occurred the majority of tropical disturbances in the Pacific slope; while in the North Atlantic there have only been minor storms that did not penetrate enough in the continent so as to mitigate the drought within United States.

It is important to highlight that, Patricia developed in the Pacific slope and up to now it is the only landfall hurricane during 2015. The rest of storms have gone towards the Northeast of the Pacific Ocean or have been degraded to tropical storms without broader implications (Fig. 4).  This explains, in part, the drought Mexico has faced during the agricultural cycle spring-summer 2015. 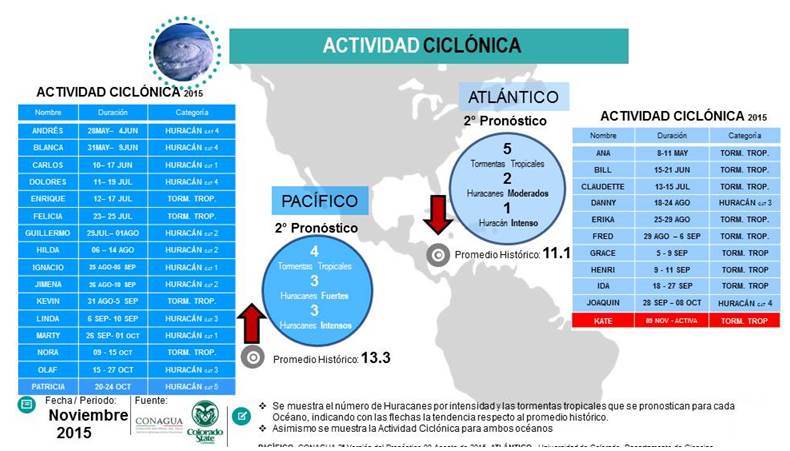 Fig. 4. Cyclonic activity in the North of the American Continent.

Hurricane Patricia which hit the Western Coast of Mexico and reached category V in the Saffir-Simpson scale, has been, up to now, the most intense hurricane registered in the region, considering its atmospheric parameters: minimum barometric pressure (860 mb), winds of 300 km/h or more and the diameter of cloudy area of more than 1,000 km. The rainfall Patricia left damaged the agriculture activity of Jalisco, Colima and Michoacán, where there were periods of more than 200 mm in less than 24 hours (Fig. 5). 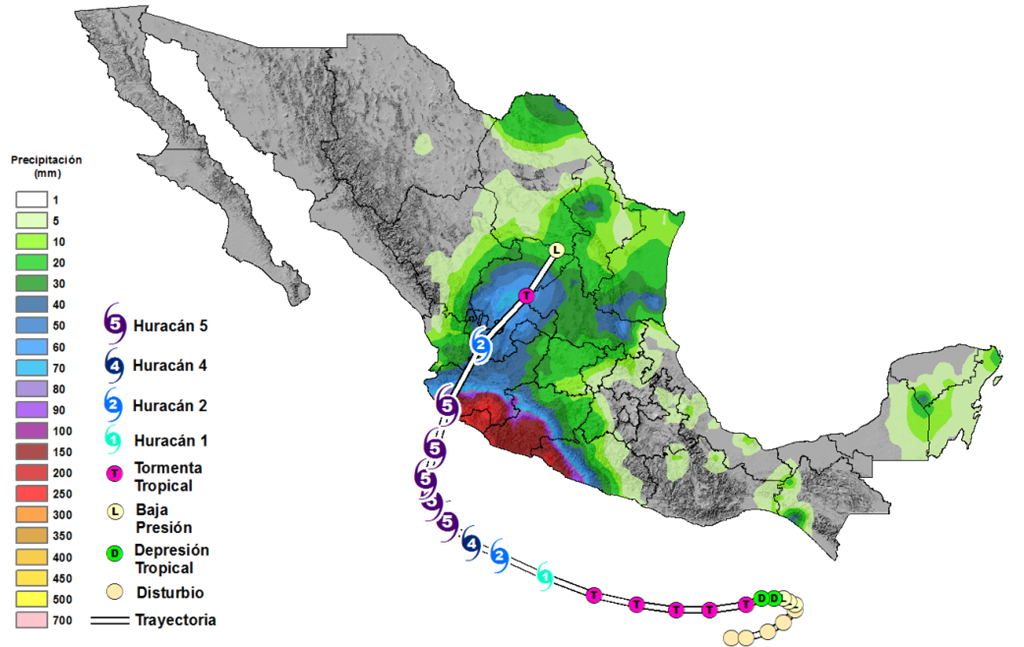 As a result, countries of the Continent have faced different damages in their agriculture and livestock industries, and there have also been forest fires and a low capture of water in reservoirs and dams, mainly in North America and Brazil. Other countries present sectional damages due to drought, as it is shown in Chart 2.

Chart 2. Climate damages in countries of the American Continent.

Country: USA
– Short term drought intensified during September in the Western region in the Gulf Coast of the South and delta of Mississippi, as well as in the East part, where, by contrast, there was a strong rainfall and local flooding.
– Center and East Coast of South Carolina with flooding in agricultural soil which threatens cotton quality.
– Ongoing drought in North and Center of California which contributed to a wave of destructive forest fires.

Country: México
– Impact of Hurricane Patricia damaged more than 40 thousand hectares of crops such as bananas, mangos, papaya, corn and rice; strong rainfall increased reservoirs and dams in Center and Northeast of the country.
– Guerrero felt the impact of tropical storm Marty leaving 300 flooded houses, due to the rising rivers and 11 highway knock down.

Central America: El salvador, Guatemala, Honduras
– Prolonged drought from May to September affects the region, where thousands of subsistence farmers suffered partial or total loss of their cereal crops.
– Estimates show a reduction of up to 60% of corn production and 80% of beans production.

Country: Venezuela
– Western institutions in Zulia and Lara and North Coast of Venezuela have been the most widely affected by drought, complicating the plating cycle for cereals and fodder for animal and human compunction due to lack of rainfall.

Finally, it is necessary to mention that for the region´s crop insurance it is important demand and have better official statistics in the countries, considering that extreme climate events offer the best data for the Calculation of Probable Maximum Losses for Insurance companies. This includes better meteorological data and crops yield. The creation of agricultural statistics represents the basis for catastrophe insurance that the region so much requires and that farmers with low income cannot acquire. We need to remember that farming insurance is an instrument that results from public policies of countries, oriented to the prevention of social disasters, and it is promoted by international institutions (World Bank, IFC, IPCC, FAO, etc.) which issue recommendations for facing Climate Change. Without leaving aside that we have to take reasonable risks for the insurance industry, so as to make it an economically sustainable activity with scientific basis and with a high social responsibility.