The effects of coronavirus in the agricultural sector

Home / The effects of coronavirus in the agricultural sector 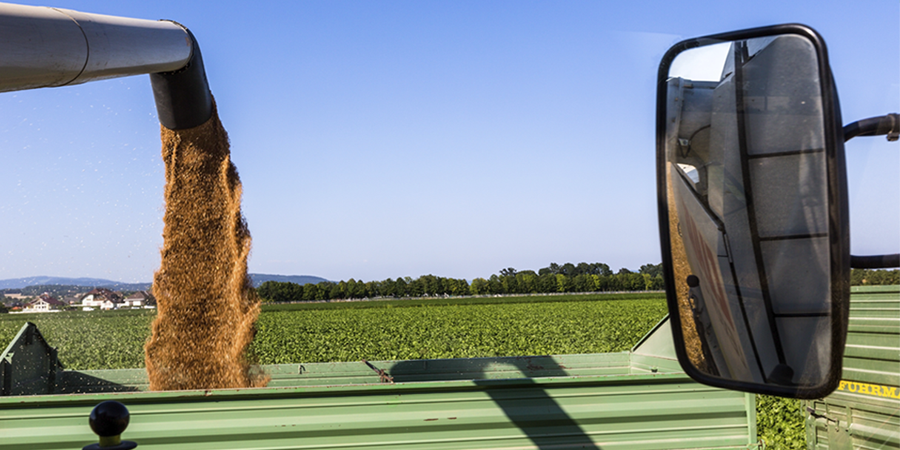 The effects of coronavirus in the agricultural sector

The Coronavirus pandemic put the world economy in a crisis with unthinkable and hitherto incalculable consequences. The measures that the different countries adopt to combat the advance of COVID-19 have abruptly slowed down the world economy, which was already unstable due to relations between the United States and China. It is the first time in history that millions of people stay in their homes, causing this to cause a sharp drop in consumption and production, leading to war economy levels.

According to the latest estimates from the main international consultancies, growth of just 0.5% for the global economy is expected for this year, with zero growth in China and a deep recession in Europe. In Latin America the situation will be much more complex, with an economy that was already in recession, and with very little scope for economic policy to prevent the measures taken to reduce the spread of the virus from causing the crisis to deepen.

“It is important for countries to act together both during the crisis and on its way out, with special treatment for the most vulnerable countries,” highlights a report by the INAI Foundation. “One of the main tasks that world leaders have is to prevent trade flows from being affected by protectionist measures, because this will aggravate the situation and hinder recovery,” said the report.

In this sense, activity in the agri-food chain must be constant and uninterrupted, taking the necessary measures to protect the health of workers, taking into account that it has been declared essential in most countries. As has happened in other crises, in fear of the lack of products and the rise in prices, importing countries tend to advance and increase their purchases, and exporters to restrict their exports, which ends up causing the rise in prices that precisely it sought to anticipate, which in turn results in new restrictive measures that ultimately lead to a global food security crisis.

The INAI Foundation reviews various studies that have shown that during the episodes of high volatility and spikes in agricultural product prices in 2007/08 and 2011/12, the policies adopted by the different countries with the aim of protecting themselves from this situation had the effect On the contrary, exacerbating the movements of the prices.
An example of this is what is currently happening in Russia and Ukraine where they began to limit their exports with the aim of protecting the domestic supply of food.

For South America, ECLAC foresees a 5.2% drop. Some countries in this subregion are severely affected by the decline in activity in China, which is an important market for their exports of goods. “South America will also be affected by the drop in the prices of basic products,” he highlights.

In most South American countries, the drop in GDP would be between 5 and 6%. The worst drop in the region would be Venezuela, with a contraction of 18% due to the sharp drop in oil.

The immediate effects of the coronavirus on agricultural activity will be problems in product placement, especially those that depend on exports, and the situation on the domestic market will be uneven. It is to be expected that real prices will fall in the domestic market due to the reduction of purchasing power and that international prices will fall due to the fall in demand and economic problems in the world. However, due to the effect of the exchange rate and stimulus policies in the rest of the world, the worsening of the internal market will be greater than that of the external one.

It is a priority today to implement mechanisms to continue producing and that there is no shortage and that governments work to guarantee the continuity of trade in their agri-food products to the world and promote coordination mechanisms that prevent individual policies from leading us to an even deeper crisis.

The historical fall in the value of oil, reaching unprecedented negative figures, had its negative impact on international corn prices, which reached the lowest levels in the last 10 years, due to the lower demand for ethanol.

Corn prices fell due to the sharp reduction in demand in the United States for ethanol production.

Corn is the necessary input for the production of ethanol, which replaces the consumption of petroleum derivatives. But oil is also related to the production and transfer of grains and oilseeds to the different marketing centers.

Currently the ethanol industry is going through a crisis process in the United States, considering that more than 90% of the gasoline in that country contains ethanol.

Another unexpected fact, as a result of the COVID-19 pandemic, is the price of wheat, which exceeded that of soybeans. The global demand crisis that the pandemic is generating hits much harder on the oilseed than on the cereal.

Not being an input used for the production of biofuels, an industry that is going through a deep crisis worldwide, involving soybeans (as well as corn), wheat does not show any weakness on the demand side, which is coming growing at a slow but steady rate year after year.

Although the world wheat stocks are not low, the market interprets the present situation as risky for normal supply, which is related to the incipient changes in consumption patterns. Changes in diets are also being seen in some societies, with a decrease in the consumption of meat (animals fed on corn and soybeans) and an increase in cereals such as wheat.